Monday 16th July
This saw our first breakdown, but it was easily fixed despite having to deal with it on the hard shoulder of the German autobahn!  Well Kevin did, I just stayed well away on the other side of the crash barrier as I wasn’t keen on ending my days crushed under some errant juggernaut’s wheels.  Our overnight stay was in the Hotel Stoffbauer, just outside Graz in Austria.  612kms

Tuesday 17th July
We only met two rallyers today.  I’m guessing most of them are further east or in front of us.  Had our second breakdown (this time with Kevin’s bike) which was due to the same fuel filter problem as my bike had.  Took an hour to fix and with everything else going on we finally arrived at our (Soviet-style) hotel, the Orašac, in Belgrade in the dark (which we also had trouble finding).  591kms

Wednesday 18th July
A boring day, ploughing on down endless motorways, but the highlight for me was the humbling experience of meeting a random English geezer at a motorway service station in Bulgaria.  He was riding his pushbike from London to Afghanistan for some reason which we never determined!  He’d got as far as Bulgaria in only three weeks.  When we set off after him a few minutes later, we saw him pulled over by the police, probably for cycling on the hard shoulder!  Our accommodation was Hotel Diana, just outside Plovdiv in Bulgaria.  Great value at £40 for the two of us for dinner, bed and breakfast.  537kms

Thursday 19th July
Arrived in Turkey, but only after a 1½ hour border crossing.  They even x-rayed my bike, why, God alone knows.  Still, just over the border I stopped at a petrol station to wait for Kevin who had messed up his paperwork and had been sent back by border control.  He turned up 10 minutes later and the attendants made us both welcome with Turkish tea and chatted with us about our trip.  It was only after the most horrendous traffic through Istanbul that we arrived at out hotel, the Suadiye, where we met our lovely hosts, Enver and Glenice Battaloglu.  A welcome relief and a lovely evening relaxing after our first leg.  452kms

Friday 20th July
Our day off was spent sightseeing in the old city, after getting some oil for the bikes.  They had used slightly more than expected and we hadn’t brought enough with us to last the trip, bearing in mind that past Turkey high performance bike oil would be impossible to find.  Dinner again with Enver and Glenice, who have been the epitome of kindness during our stopover.

Oil consumption – 1 litre between us

Maximum distance in one day – 716kms 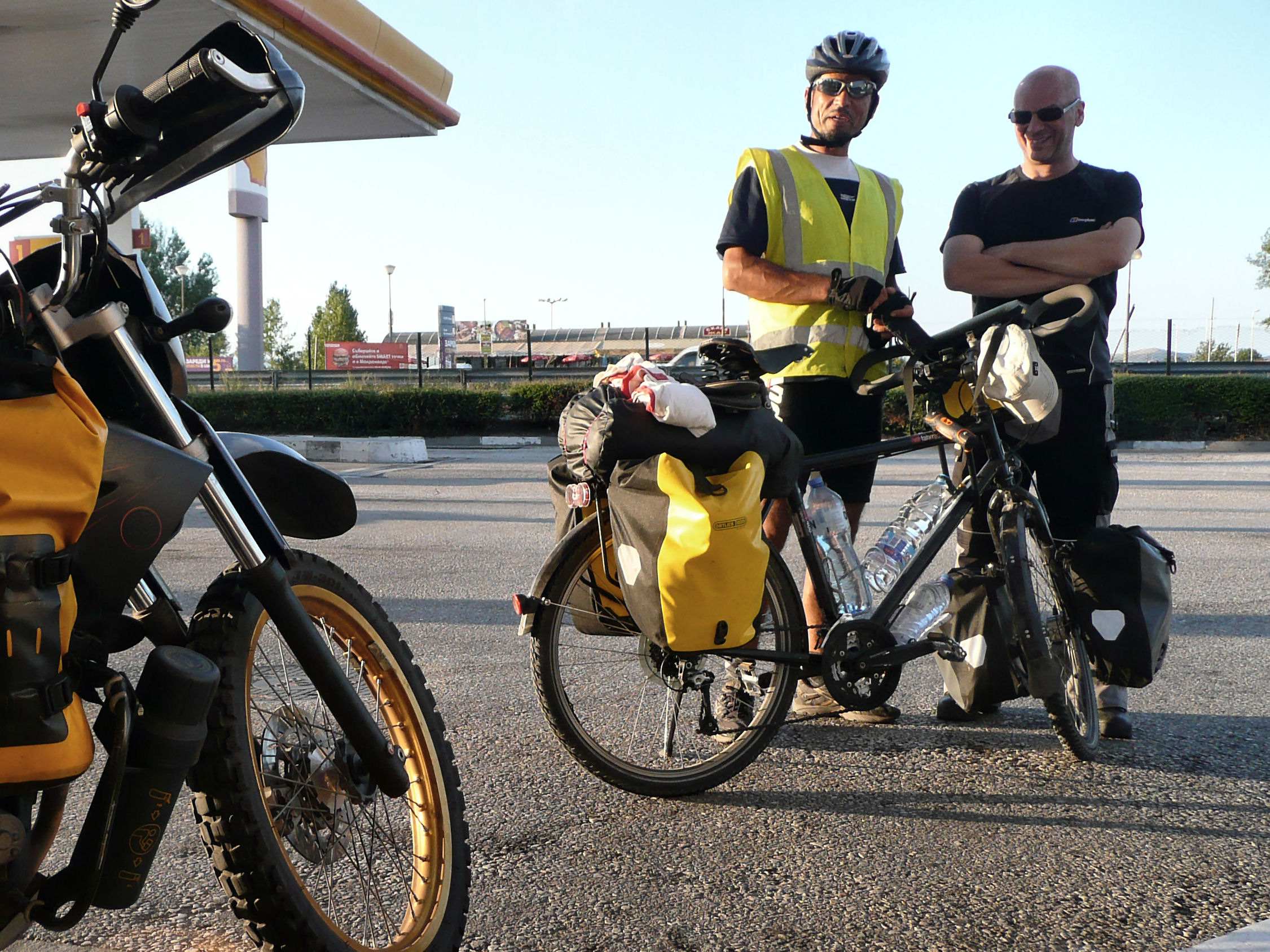 3 Responses to Drier than a Kookaburra’s Khyber