Well it wasn’t quite love at first sight.  More love at first hiccup if you really want to know.  So what’s all this about?  Well, I was up at Kevin’s at the weekend, ostensibly to sort out the next round of the seemingly interminable Mongol Rally paperwork, but more importantly I would get to meet my bike for the first time.

And meet her I did.  She was waiting outside Kevin’s showroom, polished and ready for our first date.  My big fear was that she would be uncomfortable and awkward to ride.  Thank goodness, she was neither of these.  Not the easiest of bikes to start from cold, hiccupping and clattering as she warmed up, but I’ll soon get the hang of that, I’m sure.  And woefully underpowered too, as I discovered when we went out on our first run.  Worryingly, she was unladen at the time, so your guess is as good as mine as to what effect a further 75 kilos of fuel and assorted fripperies will have on the sub-60mph top speed I managed to achieve.

But we did get to go offroad as well, and she handled tidily and predictably, even with the road tyres she’s currently wearing.  She gave me confidence, and I have no doubt from our initial encounter that she’ll get me to Ulaan Baatar as long as I treat her kindly.

Verdict?  Small but perfectly formed, just like the wife really.  So a big thumbs up from me.  And a well done to Kevin for introducing us.

And the picture below?  Just Kevin and I practising how to carry out repairs to the bikes on the move.  But he’s banned from eating yak vindaloo en route, otherwise he can fix his own bloody bike! 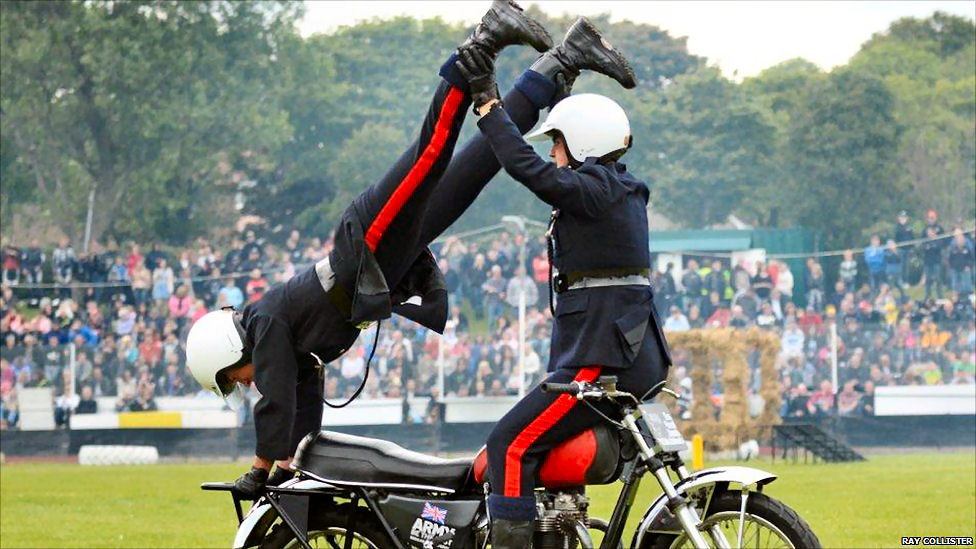 Picture courtesy of the BBC and Ray Collister